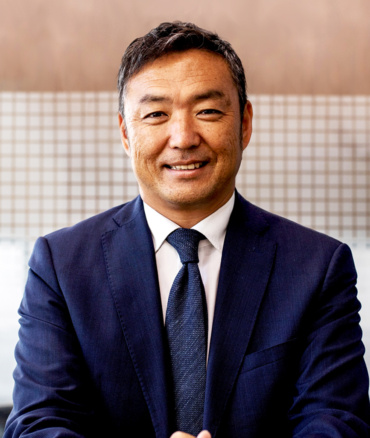 As President of MST Insurance Solutions, Inc., Daisuke has been leading the team since the company inception in 2008.  His vision of creating a new type of broker, emphasizing the importance of meshing specialized, yet personal, consultative broker-client relationships with in-house underwriting analytics, has dramatically changed what Japanese-related businesses are requiring of brokers and consultants. Daisuke began his 20+ years of industry experience working at one of the premier Property and Casualty insurance carriers in Japan where he was responsible for the management of major accounts such as Toyota. After becoming a member of MST group, he travels between Japan and the US regularly expanding opportunities globally.

Daisuke served as captain of the tennis team during his college years at Gakushuin University in Japan, where he played at the All Japan Intercollegiate level, was nationally ranked, and was even summoned by the emperor’s son to play with him.

Currently a resident of Torrance, Daisuke spends much of his free time coaching his son’s soccer team and active in soccer community.